Delivering on the Promise of Purpose Beyond Profits 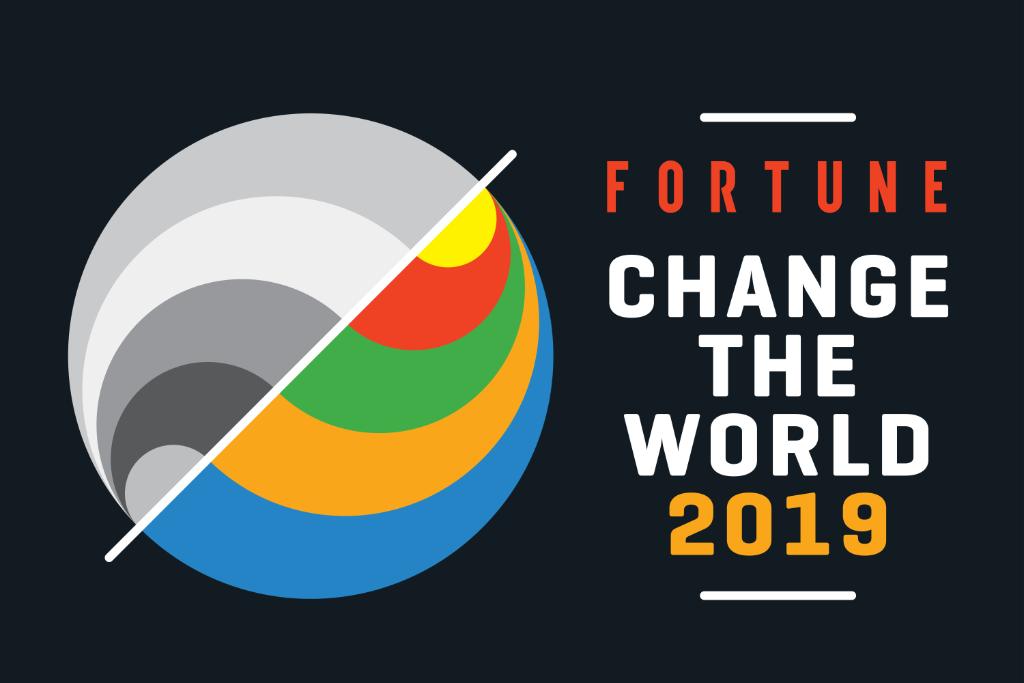 Do you believe that companies should have a purpose beyond profits? If your answer is yes, you’re in the right place. Fortune’s fifth annual Change the World List celebrates those companies and leaders that embrace corporate purpose and recognize how it can add value to business and society.

Purpose beyond profits is being demanded from all corners including employees, investors, and the millennials and Gen Z who represent the next generation of leaders, so it’s not a surprise that business leaders are taking note. And the realities of the 21st century demand that companies act on their stated purpose, returning to a business environment that serves more than shareholders. The world has never been richer, but never more unequal with the top 10% of adults holding 85% of the global wealth. The world is out of balance and we’re seeing this imbalance present itself in our public discourse, elections, and growing resentment and suspicion of those with power and resources who seem to be writing the rules of the game. With all the disparities in wealth, barriers to stability and prosperity for so many, and climate change testing the resilience of communities and governments, corporate purpose needs to take on a more substantive meaning that integrates societal benefits and helps meet the needs of our time.

Read "Delivering on the Promise of Purpose Beyond Profits"

Walmart is the only company to have been on the Change the World list for all five years of its existence. This year it earned its spot on the strength of its investment in its people. Over the past few years, the company has offered training courses to hundreds of thousands of “associates” (what Walmart calls its employees) through its Academies program. It also helped spark a nationwide trend in retail by raising their wages. Now Walmart is building on that foundation with its Live Better U initiative, which allows associates to pursue college degrees debt-free, for $1 per day. Some 6,000 Walmart employees are already active and enrolled in school through the program, and another 4,000 are signed up to start this fall.

A frontline fighter in the war against microbes.

The bugs that make us sick are increasingly resistant to the drugs we’ve used (and misused) to fight them. By one estimate, antimicrobial resistance (AMR) will cause the deaths of 10 million people annually by 2050. BD’s products, including its test to rapidly detect drug-resistant tuberculosis and its infection-prevention equipment, are tools to combat AMR. BD also trains health workers to quickly and precisely diagnose and treat infection. In Uganda, with BD’s help, turnaround time for a TB test has fallen from three weeks to three days, reducing chances that a patient will go untreated or be given the wrong drug.

A high-tech fix for food contamination.

Eight percent of the world population—600 million people—falls ill due to foodborne illnesses every year, the World Health Organization estimates. Of that total, 420,000 people die. One reason alimentary ailments are so prevalent: It’s difficult to determine the source of foul foodstuffs. IBM aims to reduce the number of casualties by providing blockchain-based software that traces the flow of food—contaminated food, especially—before outbreaks can, well, break out. Begun in 2017, the IT giant’s “food trust” now tracks Walmart’s leafy greens, Driscoll’s strawberries, Nestle’s Gerber-branded sweet potato, apple and pumpkin baby foods, and more. The trust now includes more than 100 growers, producers and sellers (including grocery giants Walmart and Albertsons). The partners expect the technology will save both lives and, beneficially, more than $4 million annually through reduced spoilage and more-targeted recalls.

A restaurant chain hires thousands of the hard-to-employ.

The fast-pizza trend has paid off for MOD: Since opening its doors during the 2008 recession, it has expanded to nearly 450 stores in the U.S. and the U.K., with revenue of $398 million last year.

The people serving the food at MOD make as big a statement as the food they’re serving. More than 38% of its roughly 8,000 workers are “opportunity employment” hires, people who are often shut out of the job market. MOD partners with local organizations to hire low-income youth; people with intellectual, physical, or developmental disabilities; and people who were formerly incarcerated. It remains a rarity in that last category—and a vital difference-maker, since the single most important predictor of recidivism is joblessness.

The huge retailer is helping customers use electronics more sustainably. Best Buy trains employees to promote energy-efficient models across all its product lines. It’s also fighting e-waste: Since 2009, it has recycled 2 billion pounds of consumer electronics at its more than 1,000 stores and kept tons more out of landfills by offering repairs and trade-ins.

The outdoor gear and apparel company is an unflinching advocate for the environment. Since 2002, it has donated 1% of revenue to green causes. But it’s also tackling its own plastic problem head on. Patagonia has committed to making 69% of its clothes from recycled materials, and it’s researching how to reduce shedding of polluting microfibers.

Patagonia is a member of the Talent Rewire Innovation Lab Community

Fortune's Change the World list recognizes companies that have had a positive social impact through activities that are part of their core business strategy. We prioritize companies with annual revenues of $1 billion or more. Fortune writers and editors, with help from Shared Value Initiative, evaluate and rank the companies by these four factors:

Guided by FSG and a global network of funders, the Shared Value Initiative was created in 2012 to drive the adoption and implementation of shared value strategies by organizations around the world. Learn more about FSG's contribution to shared value here.